After all the build-up it’s finally here, today, The Radio One Biggest Weekend comes to Swansea.  For the next 2 days Swansea’s Singleton Park will be the star of the show on BBC TV and Radio.  Some of the world’s biggest pop stars will be heading to this city by the bay.  Some artists like Ed Sheeran also have their own sell out stadium gigs today in other parts of the country; Swansea gig lunchtime, Manchester’s Etihad Stadium Saturday evening. Well a gig’s a gig and as any self-respecting, self-employed Swansea musician will tell you, you can’t blame him.  Getting a double booking on a Saturday can make a real difference to your average weekly take home pay!

How will they get here? I’m told that with 60,000 heading to Swansea this week they are expecting heavier than usual traffic around Singleton Park. I wonder how many will use the Park ‘n Ride? I expect some will have probably booked a helicopter. Let’s be honest we all know on any normal sunny Saturday the Mumbles Road is usually jam packed.  It would be a little awkward if Mr Sheeran was caught in traffic on the Fabian way leaving Swansea as his ex-girlfriend Taylor Swift was stuck in traffic heading into town in the opposite direction.

As well as the musicians and bands some of the BBC’s top presenters will be here as well. Graham Norton will be hosting a lot of the TV output and he’ll be in good company as Alex Jones will also be here. For her it’s a local gig.  She’s sure to know the best places to go for a kebab after the show.

The build-up has been going on for some time.  It feels a like a lifetime ago that we launched the weekend with a special Radio One Radio and TV show form the Hyst. It was back in March that Charlie Sloth and his team, and his backroom staff, and their outside Broadcast unit arrived in Swansea High Street.  With all of those resources being dedicated to that relatively small event you could tell that the BBC were taking this very seriously.

For the past few weeks various broadcasters from Radio 1 have been down doing ‘missionary’ work for the Biggest weekend. It seems that every day on social media for the past month you’d see one DJ or another eating a Joe’s Ice Cream or presenting a show from a school or college.  This week the intensity has ramped up with the BBC hosting all kinds of events and gigs and seminars.

On Thursday I was invited to the Grand Theatre for one of the last events organised by the Radio One Academy.  I was part of a 5 min speed dating panel where anyone who turned up could have a 5-minute chat with people from TV and Radio.  I was representing BBC Radio Wales and The Hyst. 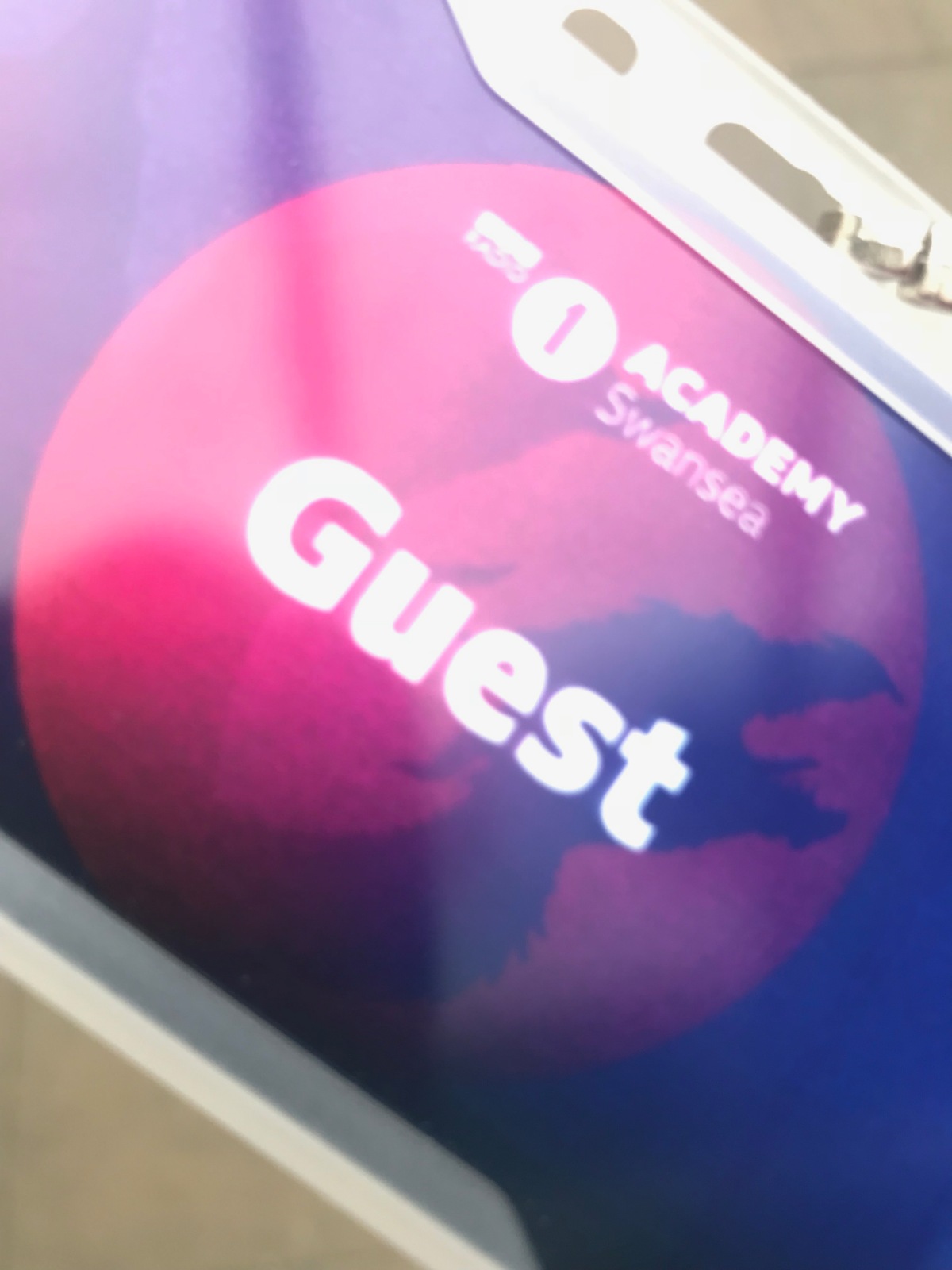 I met a lot of kids and was really impressed by their enthusiasm and passion for music and broadcasting.  It’s has been amazing for them to see first-hand, in their own city, how programmes are made, how performers prepare for gigs and how a band comes together to make a record.  Hopefully many of them will be inspired to do it themselves.  Hollywood and London can sometimes seem a long way from Swansea but this was a chance to see that wherever you come from you can still dream big dreams. 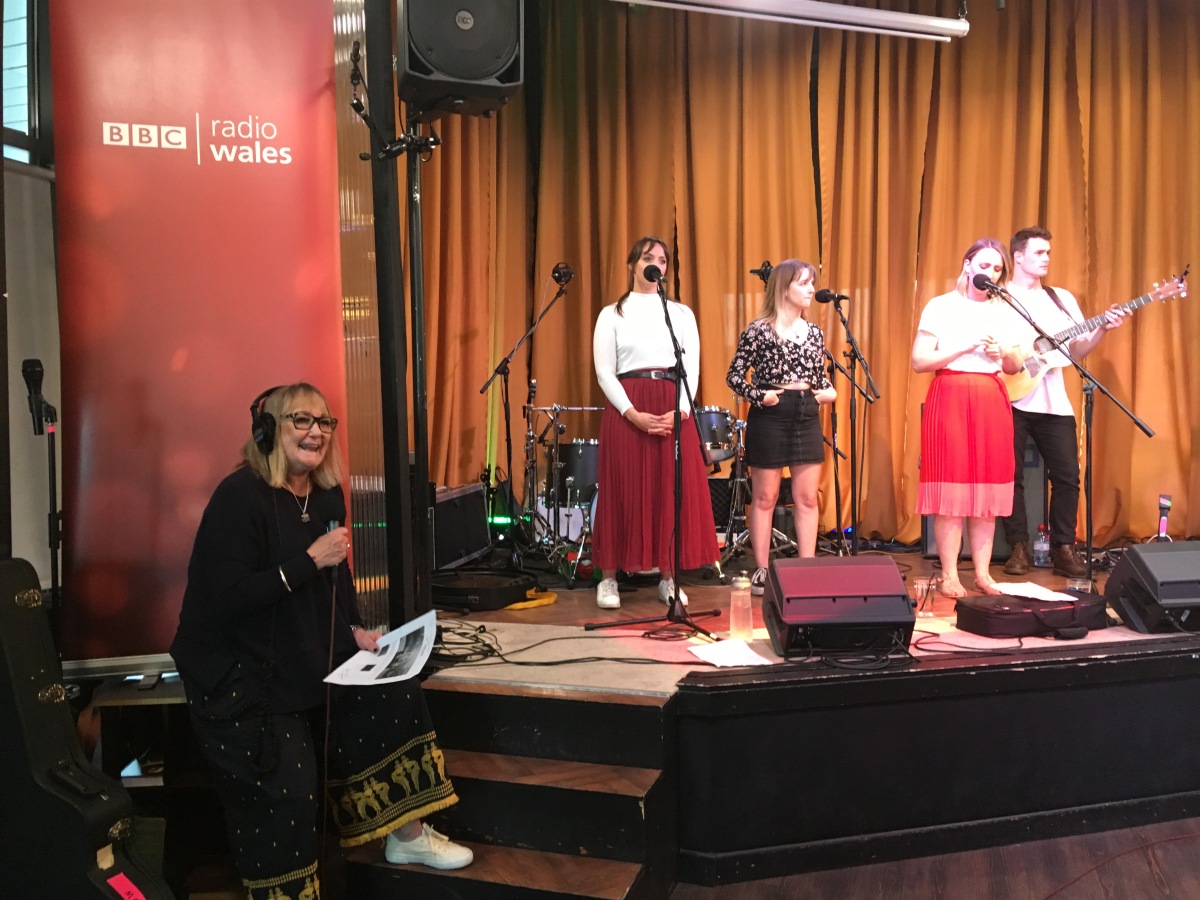 All week Janice Long has been presenting her BBC Radio Wales ‘Live From the Hyst’.  For a number of the bands and artistes this has been a homecoming. Tuesday was a very special night.  Trampolene are a Swansea band who this year are breaking through.  They’ve been on tour with Liam Gallagher and their latest record has been playlisted on Radio One.

I’ve known the drummer Rob Steel in the band since he was a little kid. He was in school with my sons.  As well as being a fine drummer he also playing schoolboy cricket for Wales.  The band is fronted by the enigmatic Jack Jones. Although its probably not cool to use this term anymore the only way I can describe Jack is that he’s…’Cool’.  He’s funny, writes great tunes and the words are really important.  He might sound cynical but I don’t think he’s anywhere near giving up on hoping and dreaming. He champions his own culture as can be seen in this recent poem about Wind Street on the BBC Wales website.

‘Who’s Molly’ are one of the hardest working and committed set of musicians I know.  Lead singer Karl Morgan travels the world, often armed with just an acoustic guitar but I think it’s the full band gigs he likes best.  If you look at their Spotify profile you’ll be stunned by the number of plays they get every week and when you hear the songs quite often you’ll be left wondering where you’ve heard it before because so much of their music gets picked up by TV shows and adverts.

It was great to welcome the band to the Hyst, well great except for one small personal disappointment. Well, disappointment is not quite the word, more a realisation that maybe I’m not a kid anymore. I went around introducing myself to all of the bearded members of Who’s Molly I thought I’d never met before.  I shook hands with the drummer who took great pleasure in telling me that his first ever gig had been to see my band when he was still in junior school and wore short trousers.  Telling me that it was that gig had inspired him to become a musician soften the blow a bit but it’s time for me to hand the baton on isn’t it?

Finally, on Thursday we welcomed home Rachel K Collier to the Hyst. Rachel is a regular on the Radio One Live Lounge.  She is a wonder with technology, creating layer upon layer of harmony vocals and beats right in front of your eyes.  She’s had a hit record, been to ‘South by South West’ in America and is about to release a new album.  She even brought with her the first truly authentic Welsh Rapper I’ve ever heard, ‘Craze the Jack’, who rapped over a new version of the Badfinger classic ‘Come and Get it’.

Rachel was also in school with my kids and as were her sisters.  The whole family was at the gig on Thursday.  It was like a reunion of the Oystermouth PTA.  They were all incredibly proud of her and so was I.  She was so natural and so full of life.  If there’s any justice in the world she’ll go global.  It looks like that baton is being given to a new generation, and I think it’s in safe hands.

More videos from the Biggest weekend at the Hyst