There are lots of different musician jokes.

What do you call a bass player without a girlfriend? Homeless.  How do you make a lead guitarist turn down?  Put some sheet music in front of him. What do you call a beautiful woman on a trombonist’s arm? A Tattoo.  What’s the difference between chopping up an onion and chopping up a banjo?  No one cries when you chop up a banjo. Then of course there’s the story about the young child who tells his mum that when he grows up he wants to be a musician.  Sadly, his mother has to tell him that he can’t do both!

Whilst no section of musicians is exempt from humorous attack there is a whole section of such jokes dedicated exclusively to drummers.

From how do you know there’s a drummer at your door?  The knocking speeds up and he doesn’t know when to come in, to, did you hear about the bass player who locked his keys in his car?  He had to smash the window to get the drummer out.  The final word is probably best summed up in the question, what do you call someone who hangs out with musicians?  A drummer.

I suppose when you have a group of musicians all stuck in a tour bus for months on end with everyone getting on everyone else’s nerves jokes like this were bound to happen. For the record I like banjos, trombonists, lead guitarists and drummers but I’m probably as guilty as the next lead singer of taking the mick out of my colleagues. 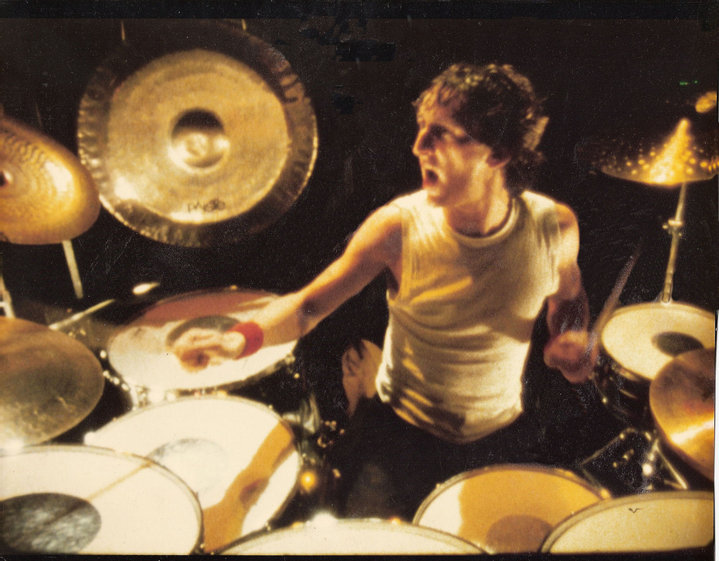 On Thursday it was my joy to attend a party at THE HYST for one of the finest drummers Swansea has ever produced. When I first played in a band with Terry he was right at the height of his playing.  He had just been all around the world in one of the world’s biggest rock bands Dire Straits.  The video of ‘Money for Nothing’ had just started a musical revolution ushering in the world of MTV and videos and Terry was there in that ground breaking video, drum sticks flashing.

Terry had some down time but needed to play.  That’s what he had always done.  He had started making a name for himself in the Man band, a Swansea band that played every night somewhere in the world.  Once you get into the habit it must be hard to break.  He once told me that when his wife went into labour he helped her into his car, which was full of drums, before dropping her off at the hospital.  He couldn’t stay too long as he had a gig at the Coach and Horses on Wind Street.

Like every other teenager growing up in Swansea I was a Man fan but it was when Terry started working with Dave Edmunds and then forming Rockpile that I really started realising what the drummer brought to a band.

The thing about all of the records Terry made at that stage in his career from ‘I hear you knocking’ to ‘I knew the bride when she used to rock and rock’ to the records he made with the Everley Brothers, they all feel so good. That was also down to a great team of musicians all locking in together.  With Dave Edmunds and the lead guitarist Micky Gee Terry  actually coming up with their own Welsh Rock sound which they called the ‘Racca Racca’; the rocking rhythm that made the whole world dance. But the heart beat of the sound was Terry.

The band that Terry put together for that short tour consisted of old Swansea Friends including Dave Tipton and Paul Morgan on guitar and Dai Bell on bass. I was the new kid on the block on keyboards and vocals and even thought there were actually 5 of us in the band we went out as the ‘Trevor Trott Trio’.  I learnt more on those tour dates than I would ever have learnt in music school.  After the tour Terry got the call to do some work with Paul McCartney and then he went on tour with Meatloaf in a true mega band of rock musicians.

The next time I played with Terry was for my TV show on HTV.  We managed to bring Dave Edmunds over from the States and brought Terry into a house band that also included Mickey Gee.  It was the Christmas finale and it was one of the highlights of my musical life.  We started with ‘Crawling through the wreckage’ and brought eh show to an al;mighty climax as we were joined by Bonnie Tyler, Howard Jones and my old friend drummer Tony Kiley on ‘Run Rudolph Run’.  The snow fell, the audience danced.  The show came off air but as the cameras moved out of the way I looked at Dave Edmunds and said ‘Shall we?’.  Terry counted us in and Mickey Gee played the opening twangey notes of ‘I hear you knocking’.  Speaking about it years later my friend Andrew ‘Wal’ Coughlan, the bass player in the house band said the only way he could describe being in between drummers Terry Williams and Tony Kiley was that it felt as if he was riding an express train. (see for yourself)

As well as getting to spend some time with Terry at his special birthday party it was great to catch up with so many other wonderful Swansea musicians.  Top this day, half of them I don’t even know their real names.  As with so many of us here in Wales we go through life with a nickname you never shake and sometimes can’t remember where it came from; the room was full of musicians like Twiggy, Dickie Hart from Dickie Hart and the Murmurs and of course DJ Plastic Sam.

With my alarm set for a 4am start the following day because of my early radio show I couldn’t stay to the end but as I left the Hyst the house band was starting to get players up from the audience and it turned another legendary night on Swansea High Street as we honoured one of our own who was and still is world Class.  Happy Birthday to The Drummer Terry Williams. 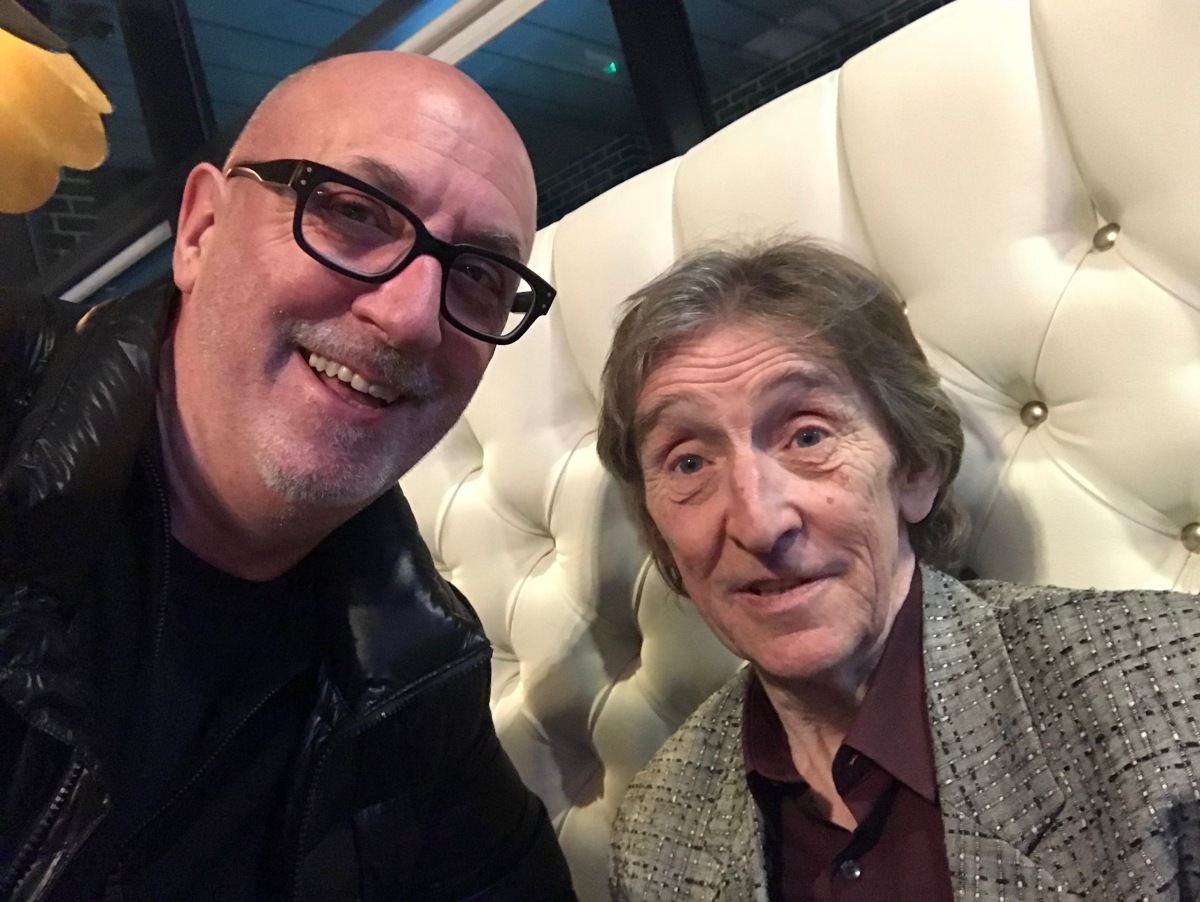 Terry Williams at his Birthday party this week – THE HYST Swansea

Oh yes, and I suppose I can’t completely get away with it; that is as a fully paid up member of the lead singers union. How many lead singers does it take to change a light bulb?  Only one.  He doesn’t have to much either, just stand there holding the bulb while the whole world revolves around him!