In this world of noise there is something strange and very special about observing a silence.  Tomorrow at the 11th hour of the 11th day of the 1th month we will remember those who have given their lives in the service of their country. 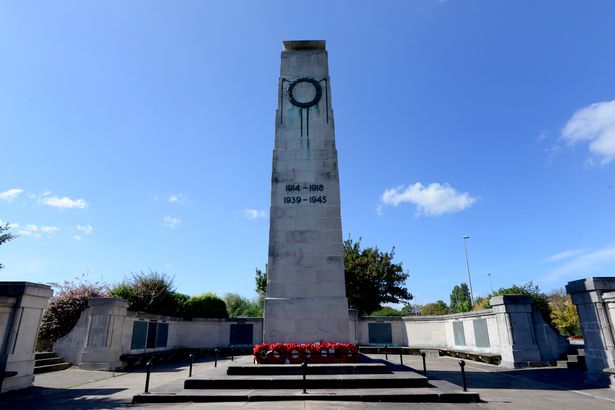 I hope to start the day at the Cenotaph on the Swansea seafront.  It would be hard for me to count the number of times I have walked, run or cycling past the cenotaph during my life.  I’ve been there for the air show or eating ice creams with the kids and more recently for the Swansea International Festival production ‘Now The Hero’.  Its part of our world and I’ve taken it for granted. 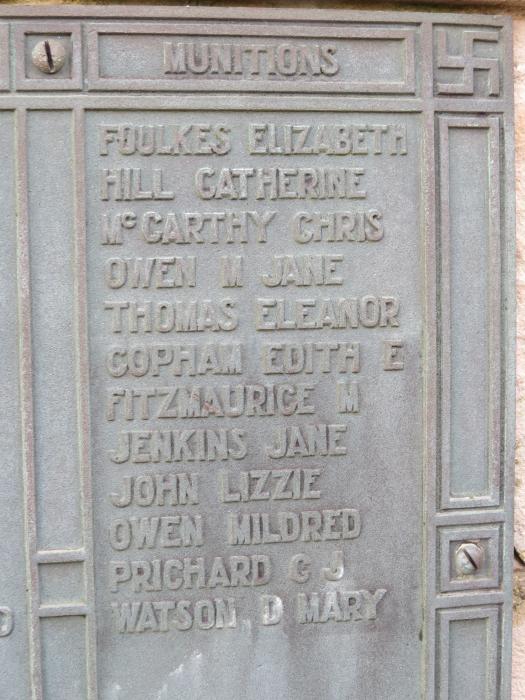 Female names on Swansea Cenotaph.  At the time the Swastika seen in the top right corner was considered a sign of good luck and had nothing to do with Nazism

Of course, in the past at this time of year I’ve often noticed the poppy wreaths and I’ve probably thought, ah, of course, Remembrance Sunday. The Cenotaph dates back to 1923 and erected to honour those who fought in the Great War, The War to end all wars. It was only this week that I really stopped to look and read the names. 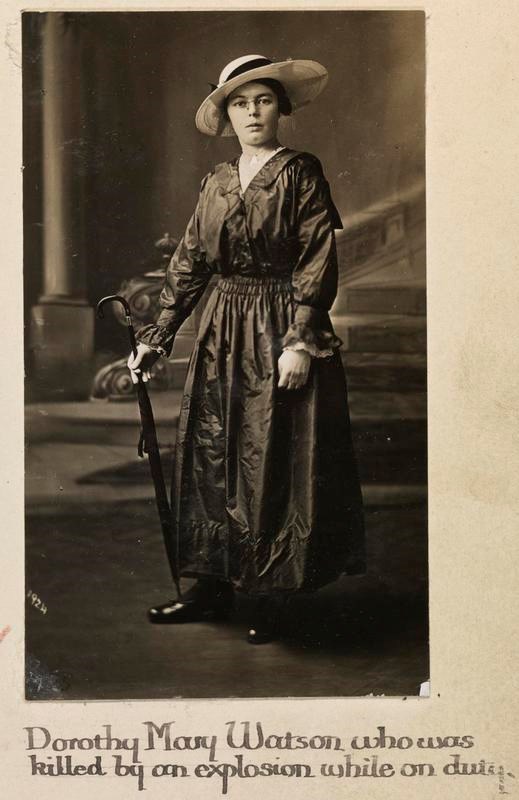 Most cenotaph type memorials have long lists of names of men who served and died. What is unusual about the Swansea Cenotaph is that it contains the names of a number of women including Dorothy Watson.  Dorothy was a 19 year old Munitions Worker who sadly lost her life in an explosion at the National Explosives Factory in Pembrey in 1917. Three others were also killed in that explosion and when Dorothy and 18 year old Mildred Owen were laid to rest Swansea High Street was brought to a standstill as the procession, led by their fellow Munitionettes in full uniform, marched through the town. 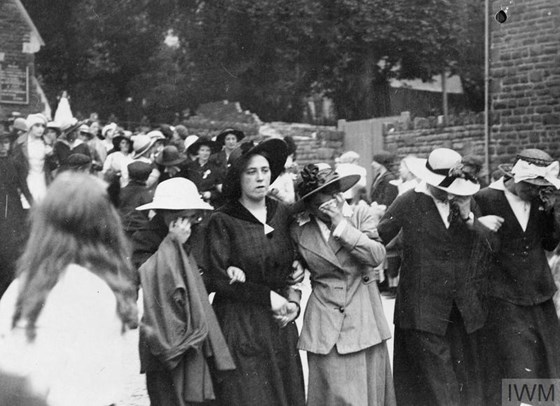 The Muitionettes march to honour their colleagues killed in Pembrey 1917

Tomorrow, as part of Pages of the Sea, a project curated by film maker Danny Boyle, a large scale portrait of Dorothy will be drawn into the sand at the slip, not far from the Cenotaph. It will only be there for a few hours before being washed away as the tide comes in.  For more details  https://www.pagesofthesea.org.uk/beaches/swansea/ 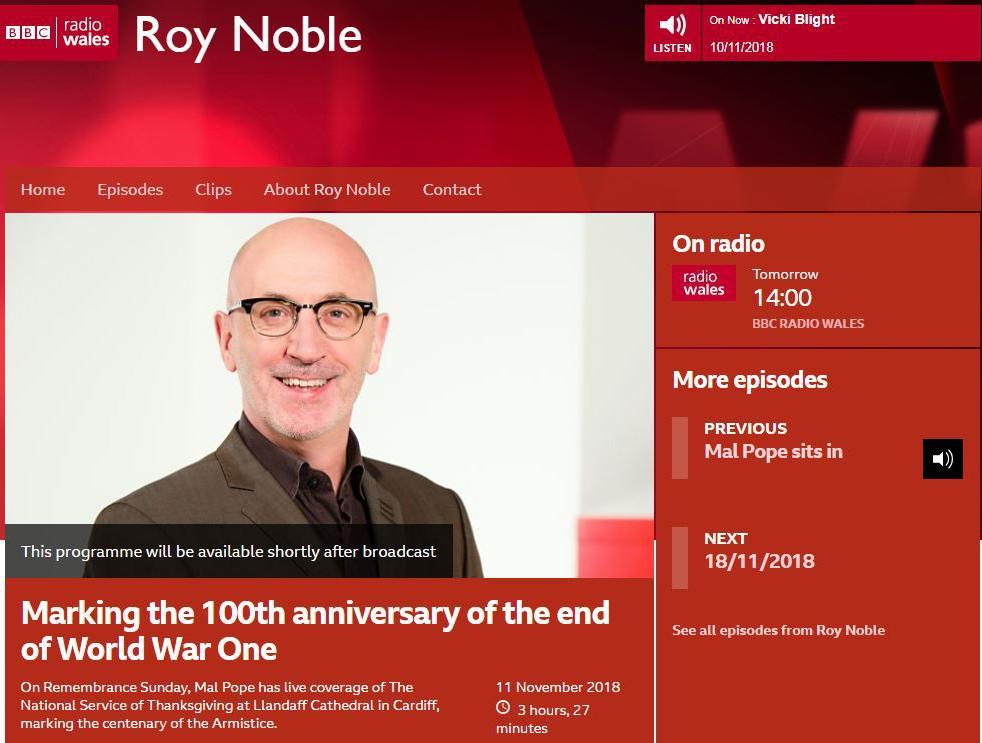 After the service at the Cenotaph I will be heading to Cardiff to present an afternoon of special programmes for BBC Radio Wales.  As part of the preparation for the programme I’ve been listening to archive of people who lived through that war.  One of the saddest stories I’ve heard was a man talking about those final hours before the Armistice. By the beginning of November 1918 everybody knew that the war was over.

As this old gentleman told his tale you could still hear the pain in his voice as he remembered that up until the final hours of the morning of the 11th November 1918 the guns still sent shell after shell into the heart of the enemy lines. He recalled thinking that even at that late hour somebody’s son or husband was about to lose their life and the question for him was why. 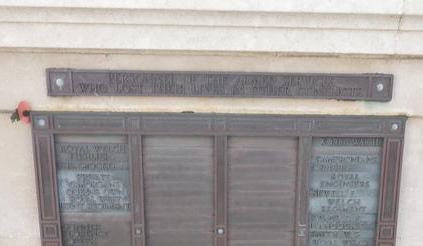 The Swansea Cenotaph doesn’t just have names from the War to end all Wars.  I’m told there are well over 2000 names on that memorial.  After the Great War came the Second World War and then the Korean War.  As we come to the end of 4 years of remembering a centenary of events surrounding the First World War I expect that war will start to lose focus.  It’s now beyond living memory.  Soon our attention will turn to those who lost their lives in the Second World War.  We will of course remember but wouldn’t it be wonderful if we could also learn from past mistakes so that the Cenotaph becomes something which is part of history, not a memorial that we have to constantly add names to as the years pass. 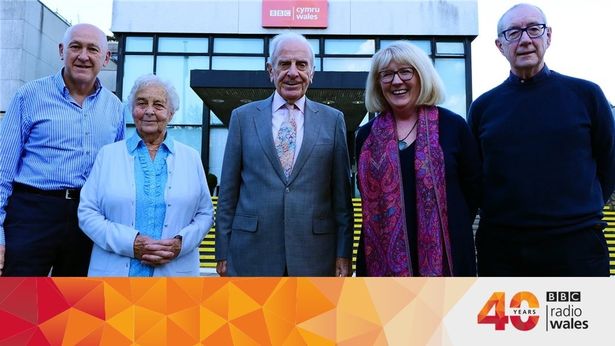 It’s been a week of memories all round for me as I look forward to a special radio programme I will be taking part in next Tuesday. On 13th November 1978, a brand new radio Station was launched in Wales.  Up until this time there was a BBC opt out service for Wales and Scotland from BBC Radio 2 and BBC Radio 4.

My first involvement with the BBC Wales ‘opt out’ was in March 1974. I had just released my first record for Elton John’s Rocket Records and I had to go into the BBC studios in Alexandra Road to record an interview with local reporter Anita Morgan.  It wasn’t that far for me to go because at the time I was a pupil at Dynevor Comprehensive School, a 2 minute walk from the studios.  After the chat with Anita I was given a tour of the studios which were in a very bad state of repair. 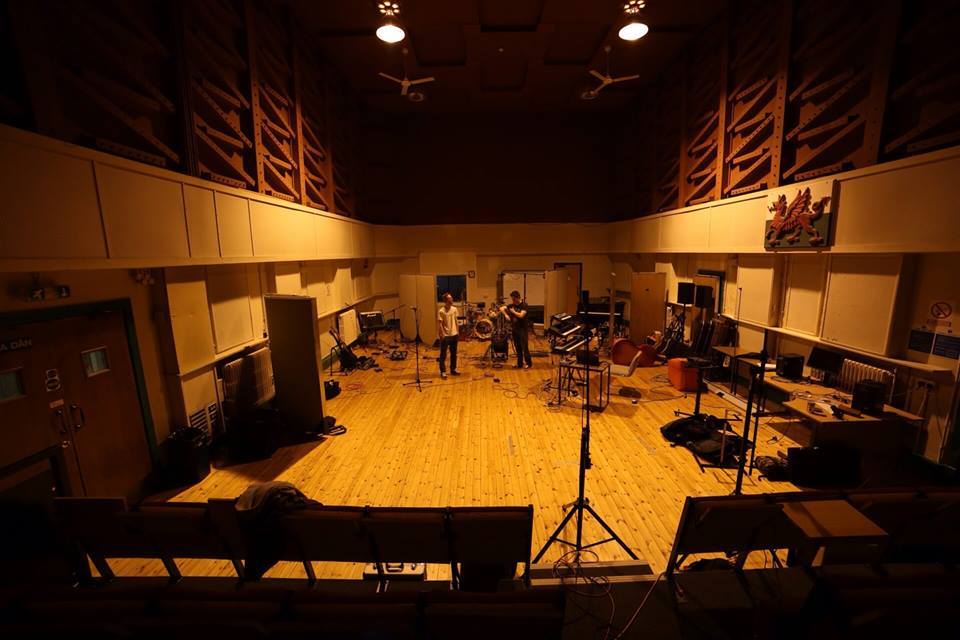 The thing that really caught by imagination was the concert hall studio on the second floor.  It reminded me so much of the major recording studios I visited in London.  I couldn’t believe that it was right there in my home town. At the time it was decommissioned due to asbestos but you could see the potential and almost hear the ghost of orchestras and Dylan Thomas captured in the walls.

As a family we all gathered around the radio that March morning to hear the interview broadcast on Good Morning Wales as I promoted my first single ‘I don’t Know How to say goodbye’.  The thing I remember most was the comment from the host Vincent Kane ‘Goodbye, he hasn’t had time to say hello yet!’. 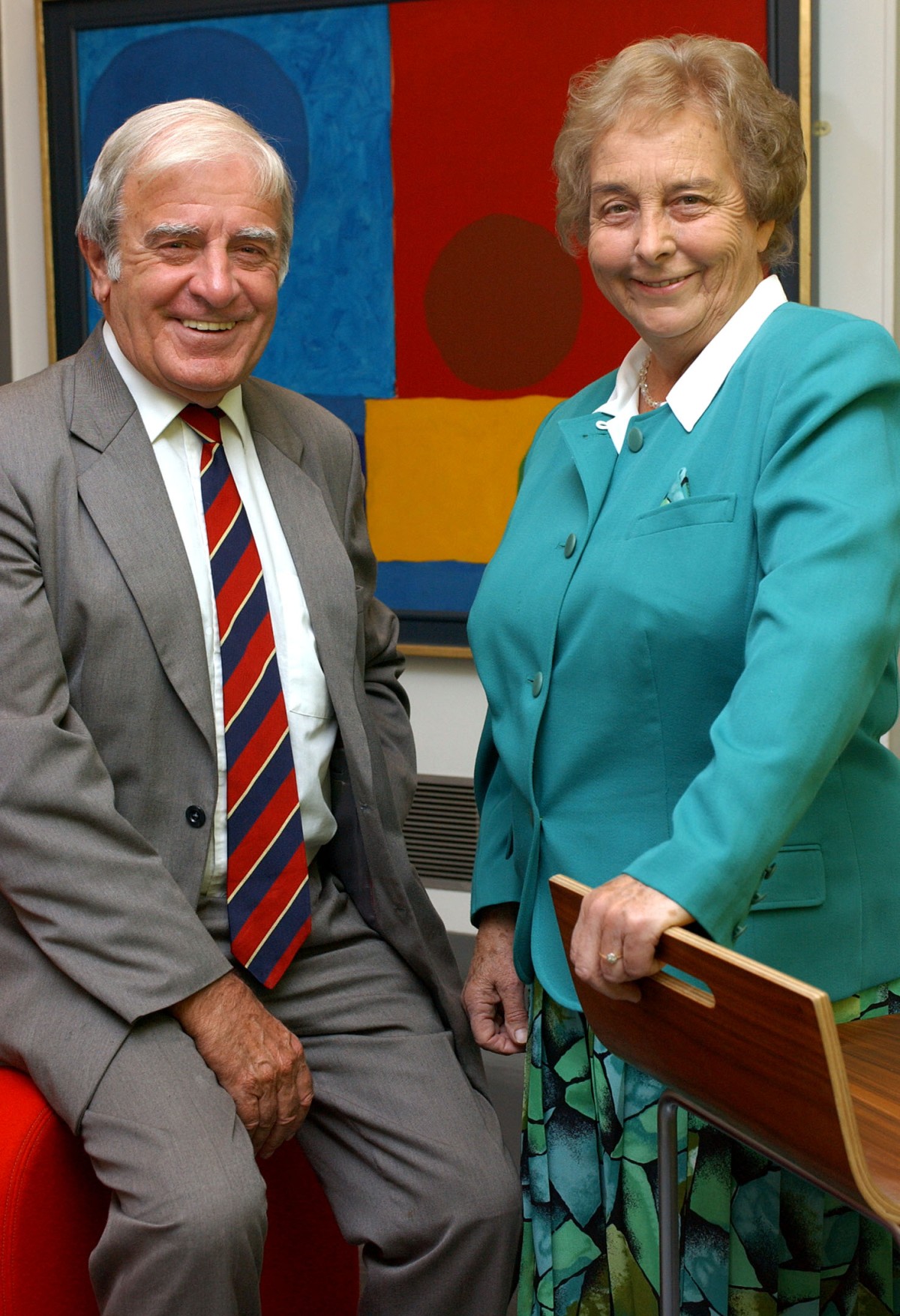 In the summer of 1979 I had completed my first year of university and after another interview on the station about my music for the new AM programme presented by Chris Stuart I mentioned that it would be great to do some work experience if possible.  That summer I spent a number of weeks shadowing the production team.  Within a couple of days I was given my first assignment. I had to read a book by the celebrated Welsh writer and actor Emlyn Williams and compose a brief for the presenter Chris Stuart.  I loved it and was delighted to be invited to the studio to watch the interview being recorded where Chris Stuart read my words and asked my questions.  From that moment I was hooked. 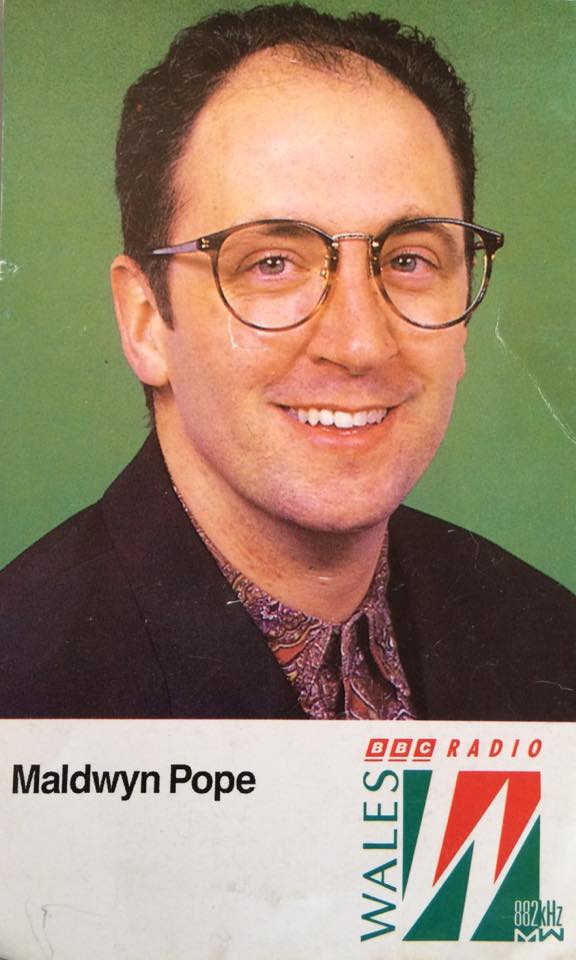 BBC Radio Wales has been my life, off and on, ever since.  After finding London unwelcoming and too cold for an acoustic singer songwriter in a music world full of punks I became a full time researcher in 1981 eventually producing the AM early morning show for 3 years.   Then I left to become a musician again before being tempted back to become a presenter in 1987. 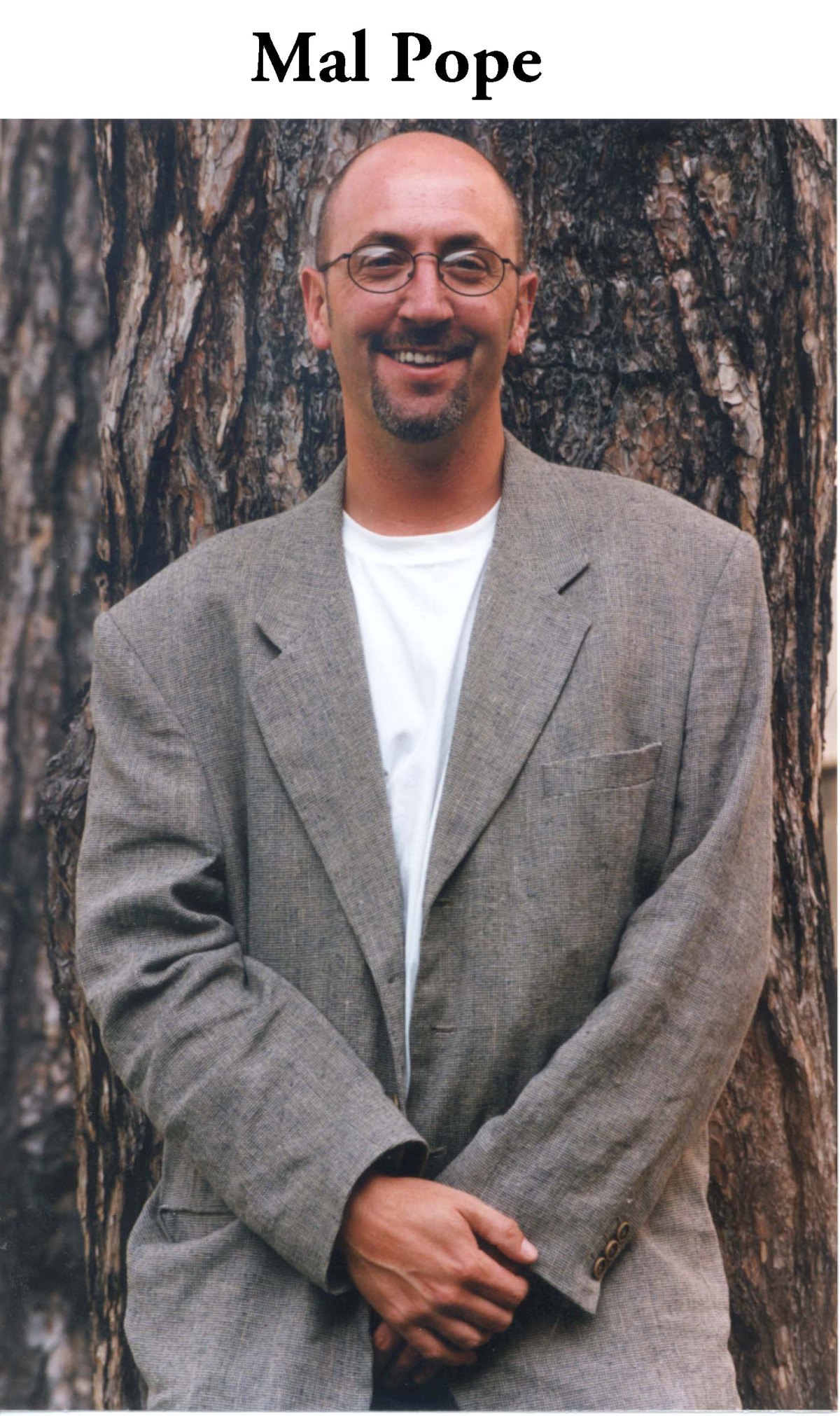 The years start to take their told after the millennium

Over the years I’ve had a yoyo relationship with the station.  I’ve been sacked, praised and discarded.  I’ve been primetime and hidden away but no matter where I find myself in the schedules I still love radio as much as I did back in the summer of 1979.  Early on in my career one old producer told me to never take it for granted.  ‘Everyday’ he said, ‘you will get to meet people that you only normally hear on the radio’.

As an early morning presenter, you become part of people’s lives.  People feel they know you and are able confide some amazing secrets with you because you are a safe place to confess or unburden themselves.  That is indeed a privilege I never take for granted.  The other thing about Radio compared with TV, the pictures are much better.  Happy 40th Birthday BBC Radio wales