I know at this time of year we all seem to be rushing around but as I sit here and think back over the past month or so I have to admit it really has been a very busy couple of weeks.  The normal 4am alarm hasn’t changed and in many ways the hour and half BBC Radio Wales radio show from 5 until 6.30am is factored into my schedule.  It’s just there have been lots of other things as well. 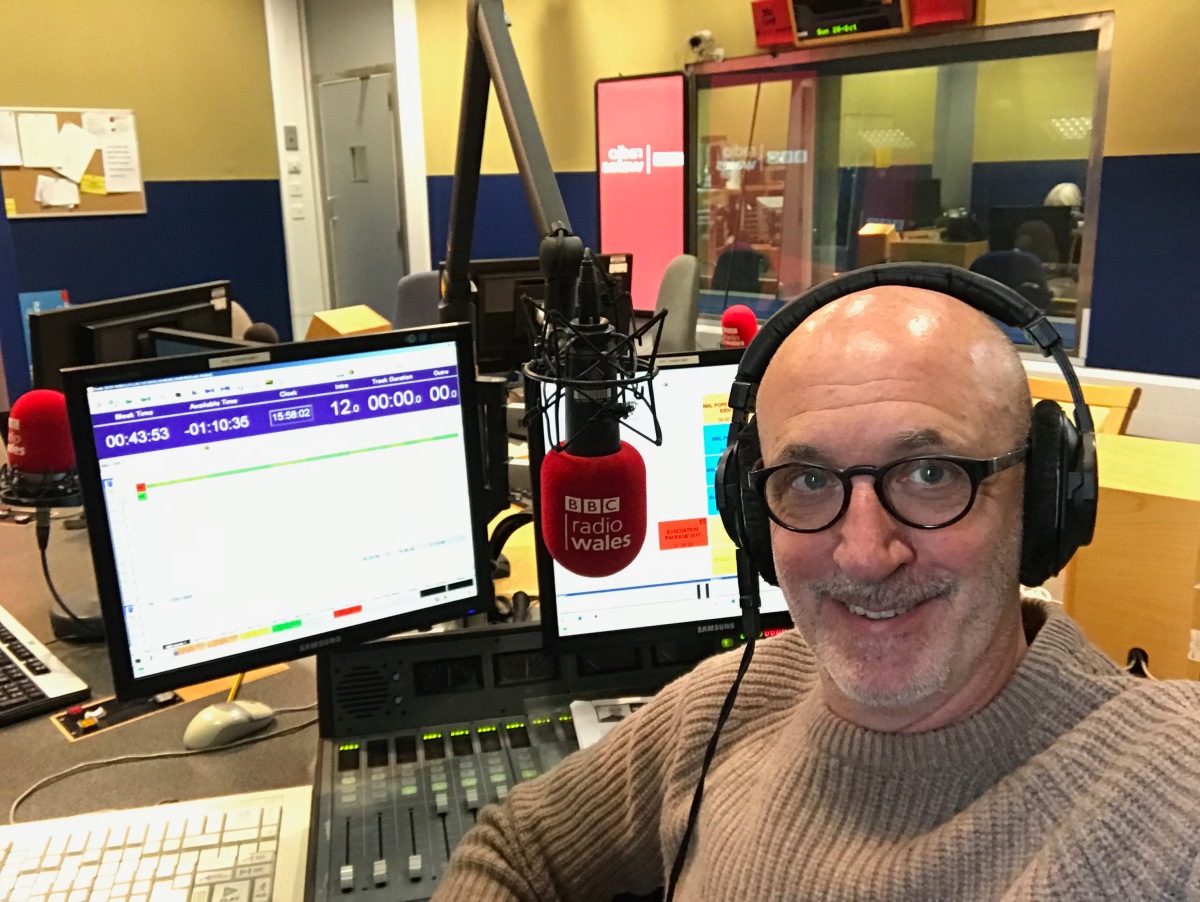 If I honest most weekends I sleep.  Not all of the time of course it’s just that I have a habit of nodding off on a Saturday afternoon while the scores are coming in or on the sofa after Sunday lunch as I get ready for Countryfile and Antiques Roadshow.  These past few weeks have been different.  My dear old friend Roy Noble presents the Sunday afternoon show on BBC Radio Wales.  About 6 weeks ago he had what we call in a Wales a bit of a nasty pull.  It must have been slightly serious because Roy actually had to call in sick, something I believe he would only have done if it had all gone rather dark around him and he had seen a bright light at the end of a tunnel.

Mal Pope -Dreaming of being the ‘Hero Next Door’.

The good news is that Roy is now on the mend and tomorrow will be the last time I have to bomb up the M4 and leave a perfectly fine gravy dinner at home.  Don’t get me wrong, its been a lot of fun. One week I had a chat with the Earl of Portland, better known to the public as Tim Bentinck the actor who plays the part of David Archers in that long running series.  We had a lot in common.  Both of us had had close brushes with international stardom, both being thwarted at the last minute with defeat being snatched form the jaws of victory by the cruel hand of fate. In both of our cases our voices had touched the lives of millions of people.  For him it was announcing ‘Mind the Gap’ at Euston station, for me singing Fireman Sam.  In both cases a one-off fee never seemed quite the reward we both felt we deserved.

The Cenotaph Swansea – 100 years on

My time presenting Roy’s show covered the centenary commemoration of the end of the Great War.  The plan was that I would go to the Swansea Commemoration at the cenotaph opposite St Helens and then drive up to Cardiff armed with some recordings of the most poignant moments. As I was driving to the Cenotaph it was announced that sadly due to a tragic accident on the motorway the M4 Eastbound had been shut and would probably remain so for most of the day.   Luckily the BBC Studios in Swansea were free so with a little bit of technical ‘jiggery pokery’ we managed to link up to the studios in Cardiff and it thankfully it all worked rather smoothly.

So that’s 6 radio shows a week, which I know compared to a proper job isn’t too harsh but when you get offered the chance to say, present the live coverage of Swans TV to a worldwide audience and you are free on a Saturday afternoon its hard to say no.  The regular presenter Sioned Dafydd had manged to get some tickets to see some football in Spain so I was drafted in.  You would have thought broadcasting is pretty much the same game whether its TV or Radio but there are some subtle differences.  The first is that TV cameras add 10 lbs to your weight prompting the question to people who saw me on the show to ask how many cameras were they using?

My special guest on the first show was the Manager of the Swansea U23 team.  All week I had been practicing the opening link.  I was conscious that with my involvement with musical theatre there was a chance I might make a mistake.  His name is Cameron Toshack, the son of the legendary Swansea Manager John Toshack. Of course, I introduced his as Cameron Mackintosh the legendary Musical Theatre producer of shows like Les Mis, Phantom and Miss Saigon.  Cameron took the mistake very graciously and let me out it on record here that he refused to make a song and dance about it! 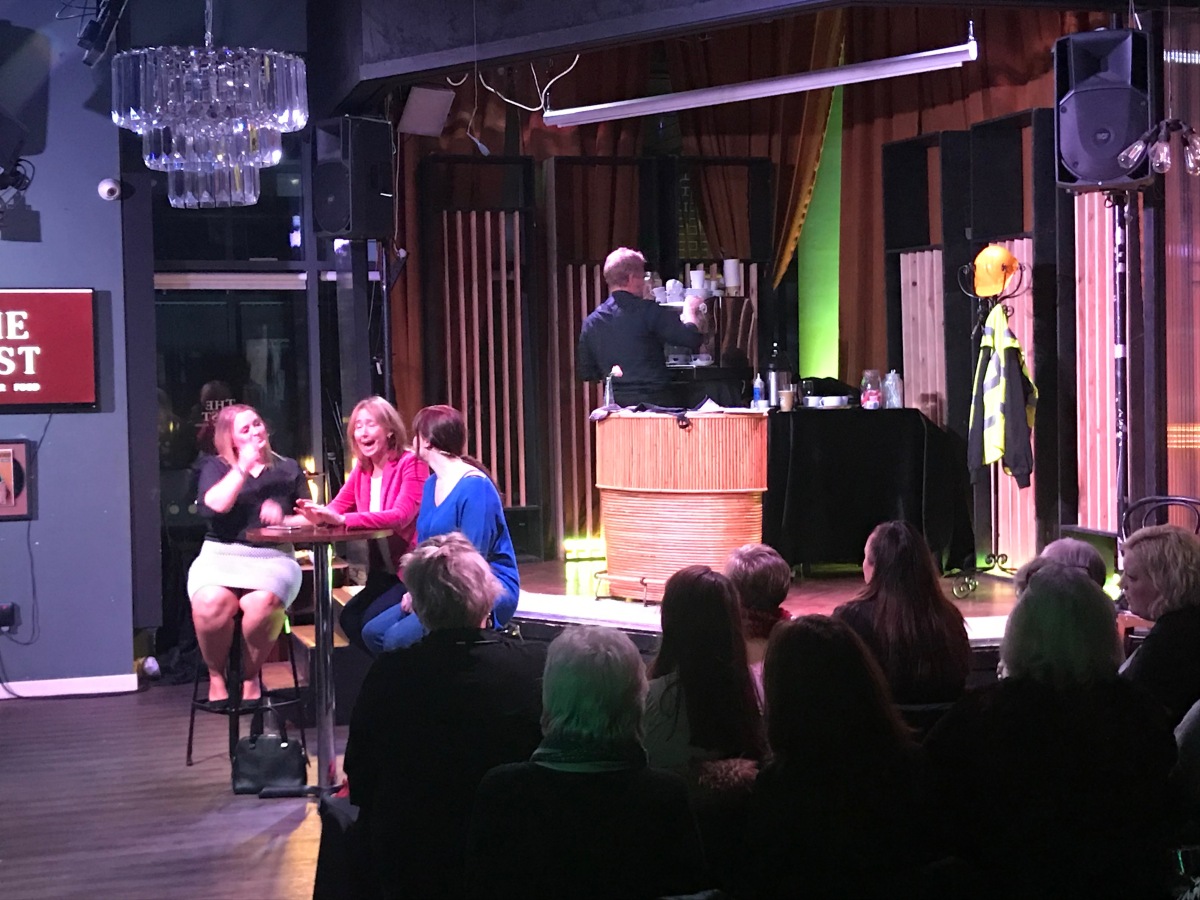 Cappuccino Girls at The Hyst, Swansea this autumn

In the background to the 6 radio shows per week and the odd Saturday TV hosting job has been Cappuccino Girls.  During the summer we took the show out west to Ammanford and Llanelli but the plans were always to being the show back to the Hyst in the autumn and then to finish this year with a show at The Wales Millennium Centre. The gap in between performing in the summer and our first autumn show in Swansea was probably only about six weeks but it’s amazing how quickly you forget.  It meant that we had to have a couple of rehearsals prior to the series of shows which then meant a couple of late nights at the Hyst once the doors had been closed to the regular punters.  After a show or two at the Hyst we were back to normal, turning up 30 minutes before curtain up and running through the show with very few mistakes, well except for me. 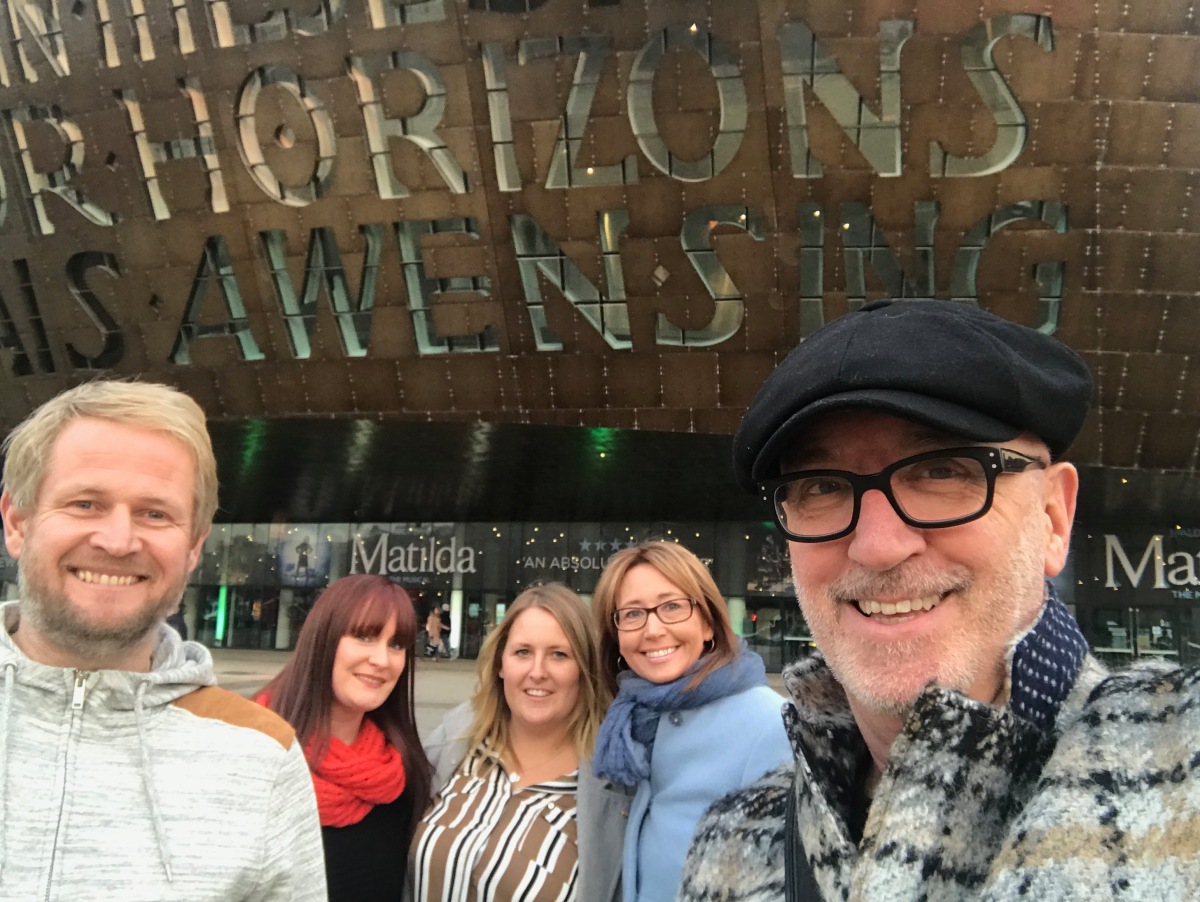 The Cappuccino Girls arrive at the Wales Millennium Centre

It’s always nice to take the show to a new venue and especially somewhere like the Wales Millennium Centre.  The first meeting to plan this special one-off event took place back in April but when we started to pack up the van on Thursday morning with props and set and technical gear it seemed to have come around ever so quickly.  As we were performing in their Cabaret space, The Ffresh Bar, it meant we had to get to the WMC super early to set up because later in the evening they would be serving food prior to our show.

I did mange to grab an hours sleep after my early morning radio show before meeting with the cast and crew but by 6pm I was completely ‘cream crackered’. We had booked a room in a local hotel for us to chill in between set up and performance but it took quite a lot of shouting from them all to get me to wake up.  Mind you when they did finally get through to me it was just like the final round of that Tyson Fury fight.  One minute I was blotto the next I was up, on my feet, and ready to go.

All set to go at Fresh Bar, Wales Millennium Centre

The show was due to start at 9pm but because of a technical problem, never before experienced at the Ffresh Bar, we didn’t kick off until 9.30pm.  We all knew that meant we would not finish the show until gone 11.30pm and with the get out and drive back to Swansea I knew I would be lucky to get a couple of hours sleep before greeting the people of wales at 5am with the words ‘A very good morning you are now listening to BBC Radio Wales.’

The great thing about the show was, well, firstly it was sold out.  Secondly, although I didn’t recognise the faces of most of the audience, except Lynne and Leigh, 2 old friends from junior school days, I did know lots of their names when they introduced themselves to me after the show.

Lots of the audience were regular listeners to the morning show and were there ready with scribbled requests for the show the following morning. Yesterday morning, as I mentioned their request most of them also text in in to acknowledge that they had also managed to wake in time for the programme. Now I know I’m trying to show I’m dedicated to this career I love so much but fair play, to be out at a show until midnight and still listen in to a radio show at 5am just to hear a request…that is loyalty of the highest order.