Holy Week took me a bit by surprise this year. It was only when someone mentioned it over Sunday lunch last week that we realised it was Palm Sunday.  That’s the trouble with Easter.  It’s not like Christmas when you have a fixed date every year.  Easter really is a moveable feast. The formula gets a little complicated as it depends on the Vernal Equinox, phases of the moon and some decisions which were taken by the Council of Nicaea back in 325AD. Of course, not everyone agreed with that decision and in different places in the world Easter is celebrated on a different date depending on whether they use the Julian or Gregorian calendar.  I hope that clears things up!!!

Picture courtesy of The Religion Teacher

Palm Sunday meant placing flowers on the family graves, Good Friday meant we closed the curtains and didn’t dream of turning on the TV.  Easter Sunday was Chocolate eggs and the happiest Sunday morning service of the year, even giving Christmas a run for its money.

Holy Week has been a very poignant week for me as I stepped back in time to say goodbye to a lovely old Welsh Uncle. The thing that set the time machine to somewhere in the mid 1960’s was the music.

I was brought up in a little Gospel Hall in Phillip Street, Manselton.  That might sound like an exaggeration to say I was brought up there, but I probably spent more time in that little chapel as a child than I did anywhere else.  We had 3 or 4 services on a Sunday, Monday evening Prayer meeting, Wednesday night for Band of Hope and the Bible Study service and Friday had a youth meeting.

The preaching and Bible stories were obviously pretty important elements of that experience and certainly left their mark.  I’m not one to boast, as you know…but I can still recite all the names of the books of the Bible in order.

Without doubt the most captivating thing for me about growing up in a Gospel Hall was the music. On a Sunday Morning the music was unaccompanied, just the voices blending together finding harmonies and singing some wonderful tunes ranging from old Welsh Hymns, Sankeys Songs and Solos and old classical themes.  It was only years later when I heard the orchestral version of Finlandia by Sibelius that I found out it wasn’t a Welsh hymn.

The Gospel Hall in Tycroes has probably changed little over the years.  My dad was on the Gospel Hall preaching circuit which in West Wales included Maes Y Bont, Panytfynnon, Ammanford and Tycroes.  Sometimes for a special treat I would go with him.  Occasionally we would go early for a special tea and as the ‘son of the preacher man’ I would sit there listening to my dad and feel really, really special. The last time I had been in that Hall I was probably still in shorts.

Uncle Olwyn only became a proper uncle when my brother married his daughter but for years before that he was a Welsh Uncle who always had time to chat to a child; always smiling, with a story and a word of advice.  He hadn’t been well for a couple of months and for the past few weeks he has been staying in the same Care Home as my parents, so lately I’ve had a chance to chat to him in English and occasionally in my faltering Welsh.  He passed away a week or so ago and this week he was laid to rest back home in Tycores.

As the preacher said Olwyn had left Tycroes to live in ‘Jackland’ for many years but in the last years of his life he moved to within walking distance of his beloved Gospel Hall and they had been glad to welcome him home.

The original disciples were mostly practical men.  Fishermen or carpenters, people who worked with their hands.  Olwyn was like that.  He used to keep the chapel grounds immaculate with a lawn mower and hedge trimmer and when his daughter decided she was going to renew her kitchen Olwyn took it out and then installed in in the chapel back room.  It’s still there today and still being used.

I haven’t been a regular member of a Gospel Hall for many years, but the memories are strong, it’s in my DNA.  The strange thing about walking into the Hall was I recognised all of the faces.  Now some of the congregation might read this so I don’t want to offend anyone, but I was surprised that the people who were old when I was a kid didn’t really look any older.  It was the ‘young people’ I remember from my youth who were now retired with Grandchildren that made me stop in my tracks.

Whether you believe or not I’m sure one of the things that will strike you about a funeral service held in a church full of believers is that there is a unmistakable sense of hope in the room.  Yes, a loved one has passed over but the belief that now they are at peace with loved ones who have gone before and in the presence of their Lord is pretty overwhelming in a world where hope these days seems to be at something of a premium.

The eulogies were heart felt and through the tears of families and friends you could feel the comfort they all felt that pain and distress had now been replaced for the man they loved. 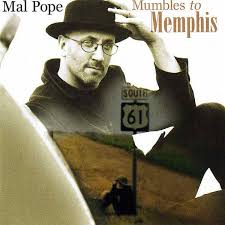 Then there was the music. The singing literally took my breathe away, the tunes pulled at my heart like very few pieces of music can these days.  As I stood there I was actually transported to a little chapel in Clarksdale in the Mississippi delta.  I have been to the Deep South a number of times. The first trip was for a TV show to look at how Black Gospel Music had helped the African Americans cope with the hardship of life and compare that to how the Welsh Hymns had had a similar affect during those hard years of the early twentieth century.  People from all around the world go to the Deep South just for that musical experience.  If they only knew what we had here in Wales I’m sure they would be flocking here too.

As Olwyn’s widow told me the following day it was such a lovely service with such lovely singing she was sure that Olwyn would have loved to have been there.  Without getting into a deep theological discussion I have a very strong feeling that he was there, right in the middle of it all, and he was smiling.