I remember being in infants school and thinking the kids in the junior school looked so grown up.  The same thing happened looking at the prefects when I moved to Dynevor Senior Comprehensive school and then again starting to work in the BBC where the room appeared to be full of grownups!!!

My grandfather George Griffiths was a very old man.  He was bald, wore glasses and a flat cap.  He quite often wore a 3-piece suit with a gold chain watch nestling in the waistcoat pocket.  When he passed away in his mid-sixties I couldn’t believe anyone could be that old.  So, I’m looking back at that description and except for the gold chain pocket watch I could be talking about me.

This new grandfather role thing is a little tricky to cope with.  I should know what’s going on by now, be ready to retire and get used to spending the autumnal years of my life in a managed decline.  If that’s the case why on earth have I been out running 3 times this week already.  Why have I read every online post about Brexit and the Swans and why was I so sad that Oli McBurnie had left us and signed for Sheffield.  Surely at this age I should be learning to put things in perspective.

I have learned a little secret that I am going to share with you.  You don’t have to grow up anymore and you don’t have to become old. OK, so my body would probably argue the point there as my knees and joints are starting to show the strains of excessive wear and tear but in my mind I’m still young.  I’m not as young in my mind as I used to be.  On my 35th Birthday I wrote a song called ‘Standing at the Crossroads’ where I declared that in my mind I’m 17 years old.  In the past few decades I have grown up a little, but I still have the mindset of someone in their early 30’s at the most.

I am delighted to find that I am not alone. This weekend I spent the afternoon in the company of a lady who is possibly even more excited by the start of the news football season than me.  I’m not sure why sharing a lady’s age is supposed to be rude.  In fact old people like kids seem to take great delight in announcing their age to anyone who will listen to them but being the gentleman I am I will only say Esme Allchurch was married to the footballer Ivor Allchurch in 1953 and even accounting for her being a ‘child bride’, well can I just say, Esme is a lady with a great deal of life experience.

For much of her life Esme has been in love with football.  She married Ivor Allchurch and her sister married his brother Len. That passion for the game has never dimmed.

For most of my life I have striven to find a way to move my career forward, to work in radio television or film, to write songs or musicals. It can be a very selfish obsession but every so often I have come across people who I think are so good at what they do that you have to step aside and find a way to help.

I remember going to Penscynor Wildlife Park on a damp day in January when my eldest bot was very young.  He fell and hurt himself.  Luckily the young attendant was brilliant.  He was colourful, knew everything about the animals and he totally captivated my crying son.  I remember asking Howie Watkins if he had done any broadcasting.  At that stage he hadn’t but within a year or so of trying to open doors for him he then ended up presenting prime time Children’s programmes.

There was the time that Aled Jones couldn’t get arrested as an adult but after recording a few tracks for Songs of Praise together he went on to sign a multimillion-pound contract with Universal. Earlier this year I spent the period of the 6 nations making a podcast with James Hook.

HookedonRugby.co.uk is now all set for a return this autumn for the world cup and James Hook seems to be popping up all over the media. 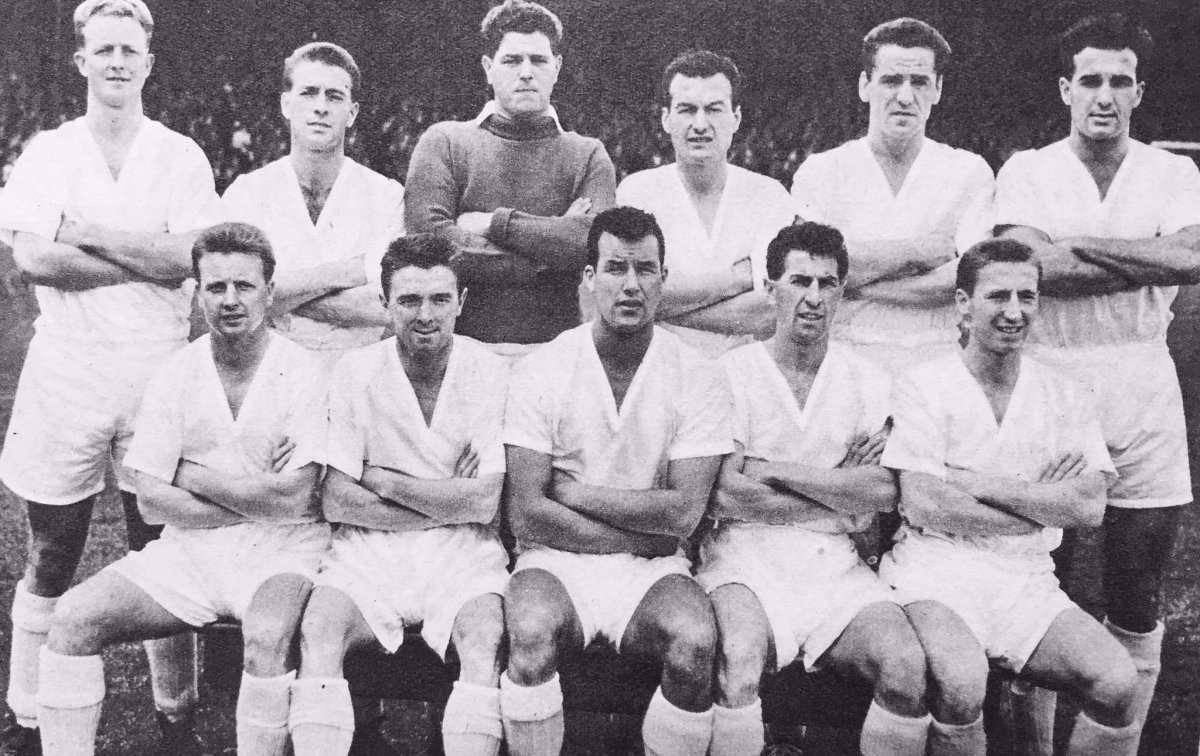 For years I have been telling everyone in the world of sports journalism that the most informed and knowledgeable pundit I’ve come across is Esme Allchurch. Behind that façade of being a glamourous grandmother lurks the brain of a football expert who has devoted herself to the game especially in this part of the world. From being a teenager, she has witnessed first hand the game form grassroots to the First division.  She saw some of the finest players this region has ever produced all play in the same team.  Cliff Jones, Terry Medwin, Mel Charles were all boys when she met them for the first time and of course she married Ivor, possibly the greatest Swansea player of all time. the Golden Boy of Welsh Football.

Esme’s passion for the game is not limited to the grand days out either at the Liberty or on occasions at St James Park in Newcastle where she is still a very welcome VIP guest.  I remember talking to her in the early part of the season just gone and commenting on how much I admired George Byers.  She then went on to explain to me that this was going to be a pivotal season for George.

She has watched him play for the under 23’s at Landore and recognised his obvious skill but she explained to me that he would now have to adapt to the Championship where the tackles were tougher and the time much more limited.  Don’t worry, she told me, by the second half of the season these boys will be men. How right she was, and she knew that because she went to as many games as she could, Under 18’s Under 23’s as well as the first team.

It was probably around that time that I thought someone should be chatting to Esme about football.  I mentioned it to some of my sports journalist colleagues but somehow or another it didn’t happen so…Well the world of broadcasting is changing.  Anyone can set up a podcast or Video blog with a cheap microphone or small video camera, so we have.

Esme and I wanted to do our first podcast before the start of the season to gauge the temperature for a channel devoted to Esme On Football.  Of course, it will feature her thoughts on the Swans, but Esme watches any football, so we’ll chat Premier league, European matches and of course she has a wealth of stories gathered over a lifetime in the game.  In the first recording she told me about presenting Ryan Giggs with his trophy for being inducted into the Welsh Sports Hall of Fame and how they both had trouble leaving the stage because of their ‘knackered’ knees.

I’m looking forward to a regular chat with Esme and I hope others will enjoy it too.  Who knows, we might even go viral!!!