Experience tells you that life will probably go on exactly the same as before but as you approach a new show you always ask yourself; will this production be life changing.  Like the moment Catherine Zeta Jones came on to play the lead in 42nd Street after both the lead and understudy weren’t available and she became a star, like Neil Taylor getting injured allowing Ben Davies to become the Swansea left back and becoming a regular international.

So, with less than a week to go before we open ‘Calon Lân The Musical’ I still dream that maybe a ‘Cameron Macintosh’ might turn up for opening night and whisk the show to the West End or Broadway. 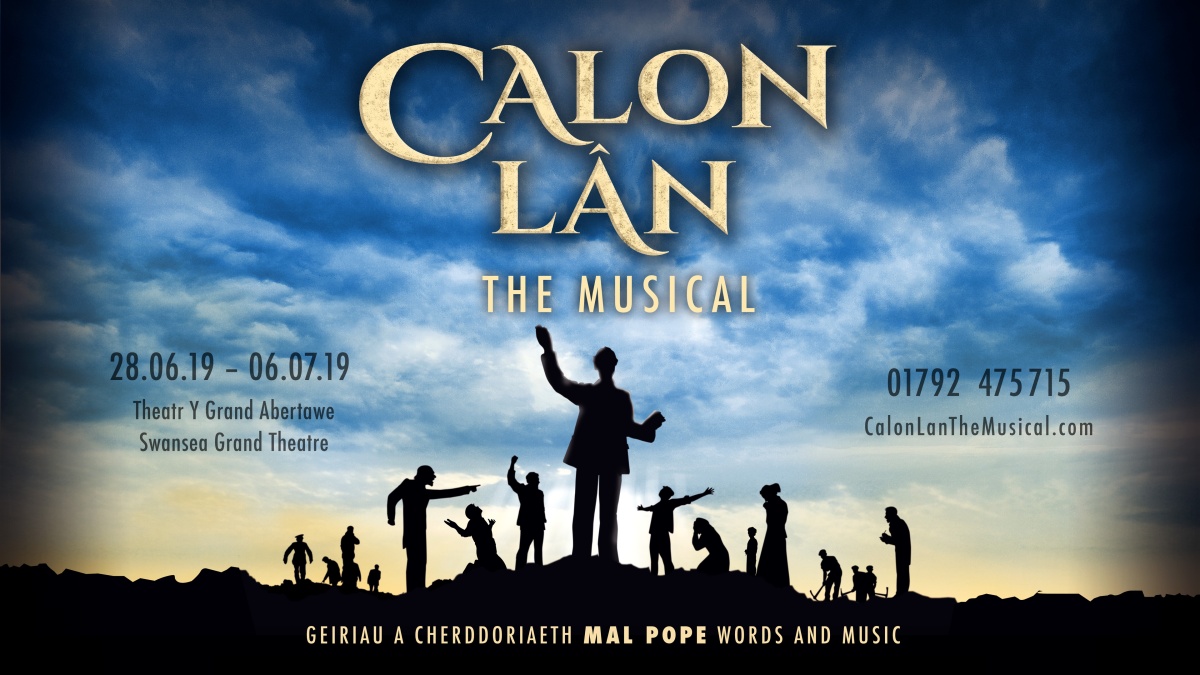 Whatever happens next week, one production this week has really been a life changer.  When it comes to having children, I have some experience, well quite a bit really.  Having ‘been through labour’ 4 times I thought I had a pretty good handle on how this life thing works.  Oh yes, the first time it took me a bit by surprise, suddenly they hand you a very small child.  Then they send you home and they don’t even give you the instruction manual, you are expected to work it out yourself.

We were lucky that we had lots of family and friends who came around with lots of advice, most of it different, quite a bit of it contradictory. By child 2 and 3 we were in the swing of things and I seem to remember child number 4 brought herself up with the aid of her siblings.

So why has becoming a grandfather hit me so hard?  I mean that in a good way of course.  We’ve known for months that there was a baby on the way with my poor eldest daughter seemingly fit to pop for the last month. But I still went into shock when my son in law text to say she had gone into labour.  As a father to be I was pretty hopeless but at least I was there to do something, when you’re a prospective grandparent you’re potentially helpless and hopeless, you can’t even pretend to do anything useful.  You just sit there and worry.

In fact, all week while I’ve been waiting for the news, I’ve been locked in my studio re writing and recording music for Calon Lân.  For the first couple of hours of labour I managed to keep a pretty good handle on things.  In many ways working against the clock on the show meant I had to concentrate on things other than the new baby.  About 10 hours in I started to lose it a bit.  I couldn’t keep still, no amount or guitar overdubs or new lyrics could take my mind off Singleton hospital maternity ward.

Being part of a family brings joy, some sadness and lots and lots of worry. This was my first grandchild, and the mother was my first child.  When Amy was born it was all a bit scary.  36 hours of labour, me in the waiting room making deals with God if he would keep everyone safe, topped off with an emergency caesarean.  Because my wife had had a general anesthetic, I was literally left holding the baby.

Dr Who needs a Tardis to travel in time but all I have to do is close my eyes and I am back in that delivery room in Morriston cradling my first born.  I’m not sure who was most surprised by the experience, her or me. The first thing she tried to do was suckle, I’m thinking there’s lots of things I can do for you but that’s not one of them. It wasn’t long before my dad popped in, Bampy as we called him.  As a hospital visitor at the time he seemed to have the run of the place.  It was wonderful to see a friendly face.

All of this was going through my head, together with a song, ‘The Circle of Life’.  Never has a song seemed more appropriate for me starting my promotion from father to grandfather.

The waiting, they say, is the hardest part.  With modern technology we were kept up to date.  With a WhatsApp group including brothers and sisters all over the country my mobile phone was pinging all night.  The ‘Pope’ inappropriate sense of humour was present throughout with even the mother to be, contributing the odd funny remark.

Once we entered the final stages you could tell we were all suddenly very serious. Then no news for over an hour…you think the worst.  Finally, we could take the silence no more and we rang the ward.  They wouldn’t tell us anything, but they said they would ask for either my daughter or son in law to call.  Well, at least we knew she was safe.

When the phone rang, we could hear the cries of a newborn baby, my granddaughter.  Now, I’m known to be a bit of a blubber at the best of times but there was no stopping the tears. Just the sound of my exhausted daughter, my elated son in law and my precious granddaughter made all of the other stuff seem very unimportant.

On Thursday afternoon I finally got to meet her.  As I walked into the room, I wasn’t sure where to look first, at my own daughter who looked tired but extremely happy, or to the new little bundle.  With 2 grandmothers in the room as well it took a little time before I got my turn to hold her but just like her mother had done over 30 years previously the first thing she tried to do was suckle.  What is it with me????

So just another little baby born in Singleton Hospital this week but for me and for our family this new production will change our lives.  Just before you ask, 8lb 6ozs and no name as yet.  Well no name for her, from now all you can call me Bampy!