At the time they might not seem significant at all but as you look back on your life there are certain days and certain events that shape the rest of your life.  For me it was sending a tape of some songs I’d written to John Peel at Radio 1 when I was 12 years old.  For Amy Wadge, the Grammy Winning songwriter based in Wales it was the moment a ginger haired teenager arrived at her house with a guitar.

Now the direction my life has taken was down to that one tape for me but in reality, I didn’t just send one tape just to John Peel.  By the time I had sent that tape I had already sent one to Cliff Richard and not heard anything, I’d had an audition for Hughie Green’s ‘Opportunity Knocks’, and it didn’t, and been told by the musical director at HTV Wales that I should go to guitar lessons. If John Peel hadn’t replied I would probably still be sending tapes…in fact I still do!  Amy Wadge has had lots of new young songwriters arrive at her house, but it was when Ed Sheeran turned up that it was guaranteed her life would never be the same again. 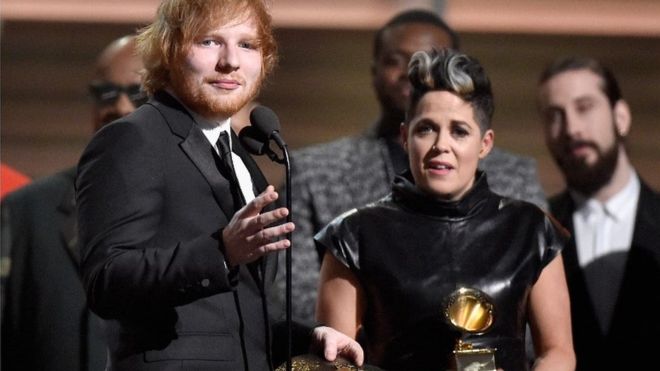 This week I recorded a new episode of ‘Hooked On Rugby’ with James Hook.  Over the past few weeks we’ve interviewed George North and Tommy Bowe and we’ve got some cracking guests lined up for next week, but one by one this week’s guest pulled out.  It was on Tuesday I read a story in the papers about Gareth Bale, not that one, this is the actor Gareth J. Bale. This week he was invited to perform his one man show ‘Grav’ for the Welsh Rugby team in the away dressing room at the Principality Stadium.  I knew he would be the perfect ‘non-playing’ rugby guest.

I’ve known Gareth a long time.  The first time I saw him perform was as the first Welsh language Hamlet in a production at the Grand directed by Michael Bogdanov.  He’s been in stage plays, TV shows and in Films but I have a funny feeling that a one man play based on the life of Ray Gravell might well be his life changing moment.  Life has changed once for Gareth already.  At one stage he was just Gareth Bale. Then along came the footballer and Gareth added the J. to make all the difference.

After my radio show finished on Tuesday, I rang Gareth and asked him if he would be a guest on ‘Hooked on Rugby’.  One of the great things about working with James Hook is that he has fans all over the place.  We wouldn’t have access to some of the rugby names we have lined up if they didn’t like him and the fact that Gareth J Bale is an Ospreys fan definitely didn’t do any harm in getting Gareth to accept the invitation.

There are a lot of podcasts around at the moment but what marks out ‘Hooked on Rugby’ is that we film the show so you can watch it as well as listen.  In this new world where most phones have a camera, access to the web and skype, everyone has a TV studio in the pocket. We recorded George North after a training session from his ‘thinking chair’ in his living room.  The camera moves a bit because he’s holding it and even George North’s arms get tired.  Tommy Bowe joined us from his office at home on an apple iMac, so he was able to reach for a beer when we asked him some questions.

Gareth’s performance for the Welsh Rugby team came during the middle of a spring tour so on Wednesday night Gareth was heading for Theatre Brycheiniog in Brecon. He managed to find a strong Wi-Fi connection in his dressing room and within minutes we were all ready to start recording.

Obviously, James and I wanted to know how it felt about performing at the stadium and the reaction he got from the Welsh squad, but the first questions were all about how the show came about. This is where I realised Gareth had no idea that a chat with a fellow actor on the way to a theatre in West Wales was going to have such a massive impact on his life.

Acting is a ridiculous way to make a living. There are some who appear to move effortlessly from multimillion job to another, but it is thought that most normal actors spending 80% of their working life ‘resting’ or as the rest of us say ‘unemployed’.  You spend your life seeking approval from casting directors and agents and wait on tables to make ends meet in the quiet times.

As Gareth was travelling to a new job his fellow actor told him, what every actor needs is their own project and preferably a one man show. Something to keep in your back pocket for when times get tough.  It is wonderful to be part of a massive production, sound, lights and a cast of thousands but once the money dries up those shows soon get cancelled.  Get yourself a one man show, and you can always get a gig.

Gareth started thinking and as he passed Llanelli Ray Gravell came to mind.  What can I say about Ray?  After his career as a rugby player he became a broadcaster at Radio Wales.  He was loud and proud and larger than life.  I remember someone came into the BBC Studios in Swansea asking if Ray was in.  I said can you hear anything?  They said ‘No’.  Then I said Ray Gravell is not in.  He could fill the room with his presence and make you feel a million dollars with his kind words.

Gareth shared the idea with Peter Doran at the Torch theatre and after getting Owen Thomas to write the show he went out on the road and hasn’t really stopped since.  Gareth says many people thought the show would be a series of funny anecdotes but it’s much more than that.  As well as the rugby it looks at Ray’s struggle to cope with losing his father to suicide, to battling diabetes and finally coming to terms with his own demons. That’s why the show can travel, it’s not about rugby it’s about a real character.

The last time I saw Gareth J Bale was in Washington last summer where he was performing his show at the North American Festival of Wales.  He’s taken the show to Edinburgh and New York and this week he’s been to Brecon, Pontardawe and the Principality Stadium.

The interview really was a terrific insight on so many levels and James was able to share his memories of Ray standing at the side of the pitch shouting words of encouragement. And of course, we both wanted to know about the reaction from the Welsh squad.  Gareth modestly said he thought it went down quite well but subsequent reports have come out saying it was much more than that, with an abundance of tears flowing on Monday night in that dressing room.

I hope Gareth’s inspirational performance does the trick in pushing the Welsh team to victory today and I hope that Gareth’s one man show continues to take him around the world.