Madman Across the Water 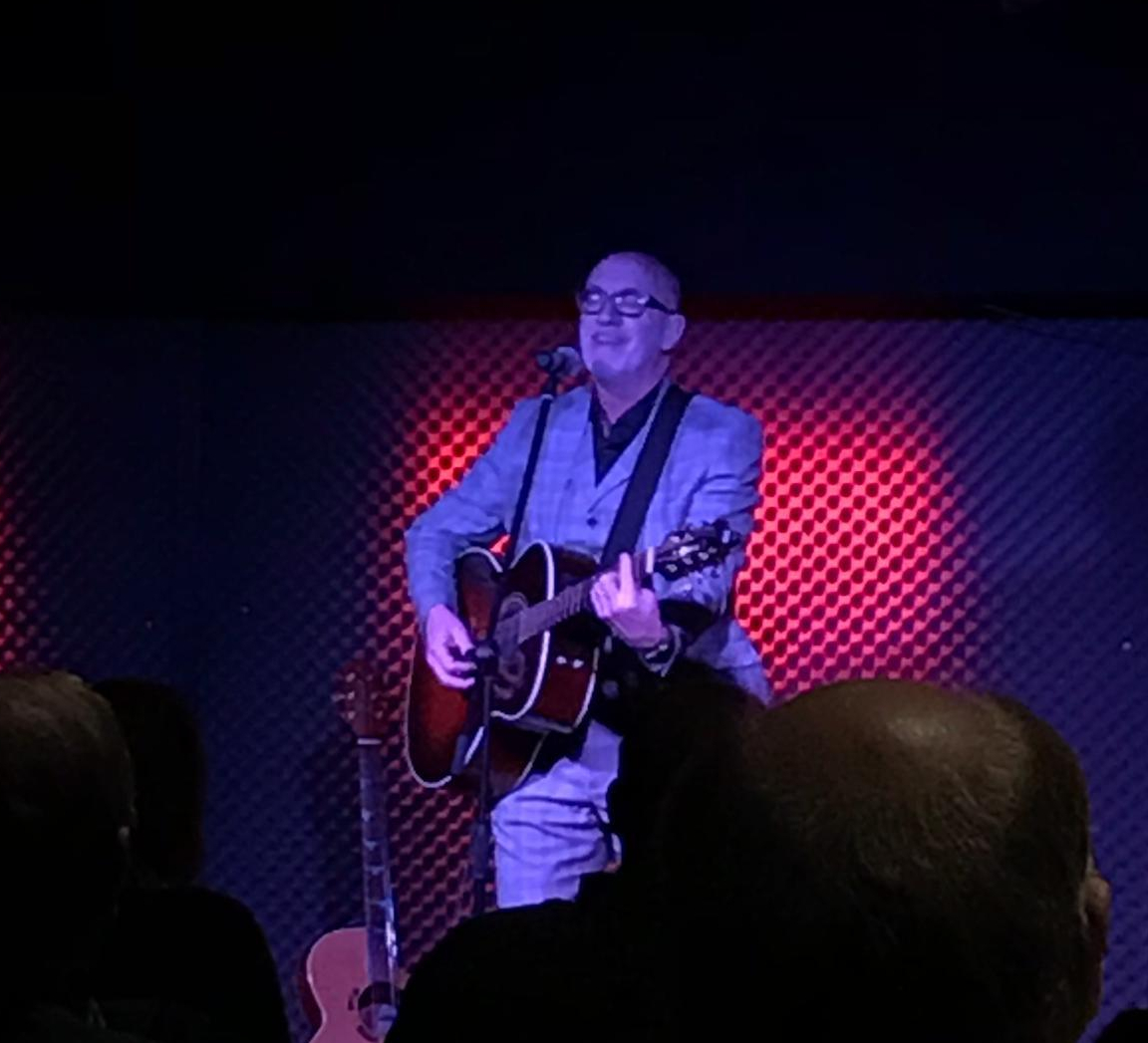 Mal Pope has been entertaining the insomniacs and early risers of Wales for some time now.

His early morning slot on BBC Radio Wales offers a gentle, pre-dawn mix of laid back tunes and off beat stories to an eclectic audience of Gasmen, Van Drivers and Amanda-the-teachers. And yes, 5 am on a Monday morning really does exist.

But there is more to Mal than just finding that 70s track requested by Wrexham Jack, as his recent one man show at the Wales Millennium Centre evidenced.

Mal entertained an intimate audience with his engaging mix of songs and stories spanning some 50 years of music and mischief.

We learned how his career began at a very young age indeed, through amusing stories featuring Hughie Green, The Hollies and Cliff Richard. We heard of his brushes with Eurovision, John Peel and Neil Kinnock. Elton John calls him Blodwyn y’know?

Mal’s stories were brought to life through a lifetime’s collection of props from his attic. Letters of rejection to a wide eyed teenager, photographs of dodgy haircuts and something called a telegram. Party lines and pony tails. Churches built by miners. Pennies from Heavan?

Mal often went off piste on this personal perambulation of his career. We heard of his love for his daughter and his forthcoming elevation to Grandad status. Women of a certain age moistened their eyes. Mal kept the Swansea references low key for his Cardiff audience, yet we still heard of his adoration for that Lovely, Ugly town. Evan Roberts and the Prodigal Son put in an appearance as we enjoyed the songs God didn’t want, and let’s hear it for those Cappuccino Girls eh?

You couldn’t really describe Mal’s show as “Stand Up” but his amusing anecdotes sent gentle smiles and laughter across Mermaid Quay. For me, the songs had echoes of Gilbert O’Sullivan, Dean Friedman and perhaps Randy Newman. The stories? Well, maybe John Bishop?

Mal ended the night with some rousing singalong stuff. Cardiff Bay joined in heartily. The Swansea Jack had done good down at the capital’s waterside. His audience were gently fulfilled after a relaxed, yet entertaining show.

We even forgave him for that dodgy suit…….