Next Friday is a very important date, 29th March 2019, it’s the opening night of my tour’ An Evening With Mal Pope’.  The thing is, last autumn when I booked this theatre tour I didn’t realise that my opening night at The Wales Millennium Centre would be on the same day as… Brexit.

Over the past few weeks it would impossible to miss that 29th March has taken on National and International significance, my question has been, that’s all very well but would the uncertainty affect people’s decision to buy tickets?

Earlier this week, with days to go until Brexit, we still didn’t know what was going to happen, disaster or plain sailing, project fear or project reality? For some time, newspapers have been highlighting the issues surrounding ‘just in time’ car manufacturing and delivery of fresh fruit and vegetables that might arise from the disruption of a hard or messy Brexit, and it is a worry…but what about me?  Sovereignty, freedom of Movement and Taking back control are all very well but, hello, I’m trying to sell tickets for some gigs here.

Having kept an eye on weekly movements in ticket sales I have to say I’m delighted that it looks like the ‘Brexit affect’ hasn’t hit my box office.  When analysing tour ticket sales, your first worry obviously centres around the first gig, then as that comes into view and sales go well you start to worry about gigs, 2 and 3.  After the Wales Millennium Centre next Friday, the tour moves on to The Miners in Ammanford on 4th April.  I had weighed up the Brexit implications and thought that while it was possible the uncertainty might still be there by then, surely by the 3rd date of the tour, Friday 12th April at Ffwrnes in Llanelli, everything would have quietened down… 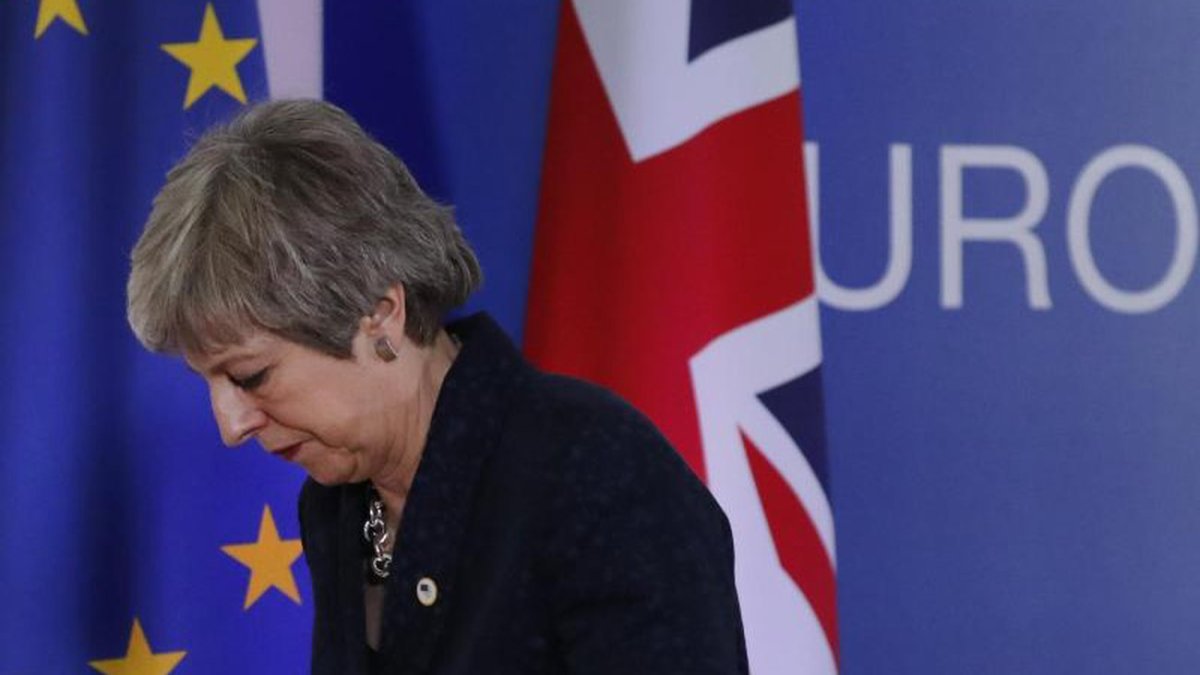 So, imagine how I felt waking up yesterday morning to the news that Brexit Day, 29th March, had now been cancelled, well maybe not cancelled but definitely postponed.  I’m probably not the only one having to make new arrangements.

What about the 60 or so souls on that march organised by Nigel Farage.  They started somewhere near the coast up in Sunderland just as Storm Hannah hit the UK and its not been great weather ever since.  It looks like when, or if, that finally meet up with Nigel Farage on ‘Brexit Day’ they will now arrive a couple of weeks too early!  What are they supposed to do, wander around the home counties in a holding pattern until Parliament makes up its mind? If we don’t Brexit they could be walking forever.

Anyway, I looked through the various permutations as outlined by President Tusk and soon realised that far from clearing up the uncertainty for my tour they had suddenly thrown my date in Ffwrnes Llanelli into jeopardy as well, well they may have, or they might not have. Confused? 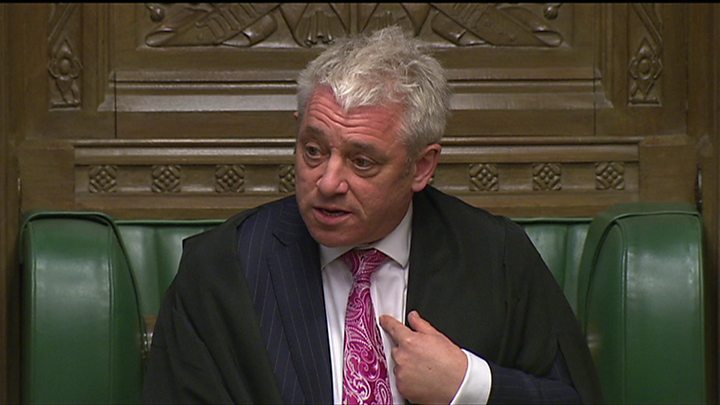 Please Mr Speaker…can you sort this out, I need to sell my tickets!

If Mrs May’s third meaningful vote comes back next week, that’s if Speaker Bercow feels it is significantly different enough to the last vote to be voted on again, and if that vote wins then we Brexit on 22nd May.  Now that doesn’t help with confusion and worry but at least my final date at The Torch in Milford Haven is on 17th May so on that date we’ll still technically be in Europe and Armageddon won’t have hit the UK by then.

BUT…if that vote fails and there are no obvious alternatives, we will Brexit without a deal on 12th April.  Don’t they know I have a gig on that day?  Couldn’t somebody in Brussels have checked my Facebook page to see if there were any obvious clashes? I’m not the only one with a problem.  Yesterday, lots of journalist were waking up to the change in dates and realised this would clash with their Easter holiday plans.

You might not think these are significant problems. In reality they are not compared with the real issues of a reliable supply of medicines and fresh food, but Brexit is something that affects all of us; no matter if we own a car plant or take regular medication or even if we are just trying to sell tickets for a one Man story and song tour. When it is finally over, assuming that one day it will be over, I think we will all collectively breath a sigh of relief, that is of course if the future trade negotiations go well and don’t last another 3 years! 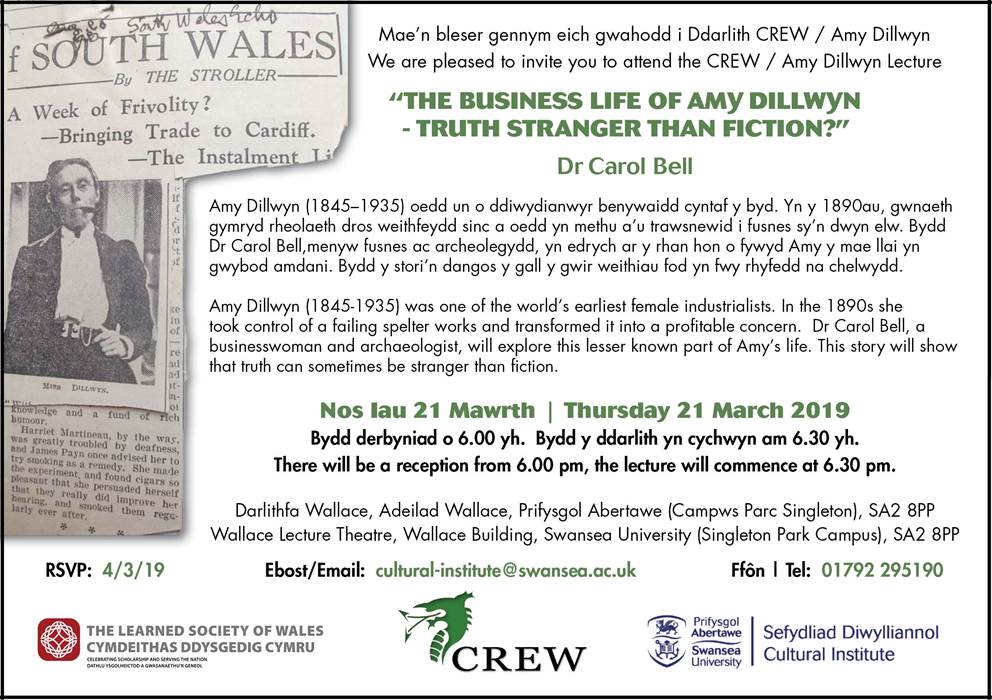 On Thursday evening.  I attended a lecture on the entrepreneurial skills of Amy Dillwyn at Swansea University.  ‘Dillwyn’ is a big name in our city, it belonged to one of the foremost industrial families in Swansea during the 19th Century. The name Dillwyn can still be seen on roads and buildings in the area and as I run along the Mumbles front, I often seen the blue Plaque just by the West Cross Inn marking the house where Amy Dillwyn lived for many years.

The Lecture, organised by Crew at Swansea University, had the title ‘The Business Life of Amy Dillwyn – Truth Stranger than Fiction’.  Like so many of the great lives lived in this city we probably recognise the name but maybe don’t know the full story and importance of the lives lived by those great names.

Amy Dillwyn was a business woman who gained a worldwide reputation for her work in the world of metal smelting, zinc production and business.  Here’s the problem, with a lecture like this, where are you going to find a world expert on the metal industry and someone who has also worked at the highest level of that industry with links to our city?

Let me introduce you to Dr Carol Bell.  I first met Carol when I was making a radio documentary about Swansea.  It was called ‘What makes a city?’  I went to interview her dad who was passionate about the industrial heritage of the Lower Swansea Valley, in particular, mining and metal. When I met him at his home, he showed me map after map of the valley all marked with smelting works and mines.  When we record the programme in the early 2000’s he said it pained him to look over the valley these days and see no smoke!!!

Meirion Bell passed this passion onto this daughter Carol.  She tells me at the age of 10 she had a better knowledge of the price of various metals and ores than she did of the current top ten.  Her career has taken her all over the world, as Managing Director of Chase Manhattan Bank’s Global Oil and Gas Group as well as working for JP Morgan and Credit Suisse. But Carol still loves Swansea and seemed happy to be back home for the talk.

Amy’s story is fascinating. She was left her fathers businesses when he died but also the debts that went with them. Rather than falling back on rich relatives she took on the challenge of running the businesses and within a few years had repaid all the debts.

She was what my grandmother would have called a ‘Character’.  She drove her own car, smoked cigars, played poker, travelled the world looking for zinc ore, including an expedition into the mountains of Algeria on the back of a donkey.  She did all that whilst running a worldwide business conversing with businessmen and ‘bandits’ in French. As Dr Bell said, being a woman in a man’s world isn’t easy now in the 21st century, back then, what Amy achieved was truly remarkable.

Amy Dillwyn never married and although once she sold the business, she had more than enough money live anywhere in the world she chose to make her home in West Cross.  This lecture was only about her business life so her personal relationships and the fact she wrote a whole series of novels wasn’t covered.

I do hope these stories will feature at some future date. The more I read about Amy Dillwyn, the more I think she would be the perfect subject of a film or a musical…now that’s an idea!